Opening day of the high country streams. It’s that magical number 16, which seems to trump the number 21 in terms of signifying that it really is summer. It means you’re about to embark upon three months full of backcountry camping, smores and smokies over the fire and most importantly, west slope cutthroat on dry flies. There are a few rules of thumb for this glorious time of year and we’re here to help you prepare for the next three months of fun.

Let’s talk about the waters. Pretty much everything awesome you’ve been waiting to fish all winter long, dreaming about in the cold, dark days of December are now fair game. You could head north and fish the Ram, West and hit the Elbow, slightly south West to the Highwood, or due south to the Oldman watershed. Endless tributaries exist, feeding all of these wonderful river systems and you could fish every waking hour of every day for the next 4 and a half months and you still wouldn’t have covered all of it. If you’re new to the sport or the area, pick a cardinal direction and put some time in on that water, really get to know it. There is so much fishable water in the high country that it’s easy to feel drawn in every which direction, simplify it for yourself and take the time to really get to know a system.

There are a few great resources to help you begin to chart a plan for angling exploration. Barry Mitchell’s ‘Alberta’s Trout Highway’ and Jim McLennan’s ‘Trout Streams of Alberta’ are great places to start. You’ll be rewarded in fish and in a will develop deeper connection to the place than you’ll ever have expected.

Let’s talk bugs. Many of the hatches that occur on the Bow also happen in the high country. Yet, there are a few others that are important to be aware of and to load up in your box.

First and foremost, you’ll certainly want to have some Green Drakes. This is one of my all time favorite hatches and something that I get extremely excited for every year. Some of my finest angling and guiding memories within the high country streams are days when the drakes have gone off. June and July tend to be the months where this hatch occurs in its greatest frequency, yet they will continue to trickle off into late august and early September, in scattered amounts on high elevation portions of the main stem old man and it’s tributaries.

Expect Blue Wing Olives in poor weather, while they tend to be scattered in June and July, by August they’ll be coming off during most thunderstorms and they’ll stick around until the snow falls.

PMD’s are a sunny time staple, you’ll find them in good number throughout the right days and in July and early August, and it’s a pretty sure bet you’ll find them hatching on the Crow most evenings. A very faithful fly, if you find a sipping fish, somewhere in the high country during a sunny, summers day, it’s highly likely they’ll eat a well presented PMD.

Caddis, especially through July are a definite must on these streams, again they are a pretty great bet and I have experienced some phenomenal hatches on the Highwood.

Be ready for the stonefly hatch! In late June through mid July you’ll have a mix of Salmon and Golden stones. This is one of my personal favourite times of year to be in the high country. Watch a cutthroat ghost behind a piece of foam in emerald green is one of life’s greatest pleasures, and I’m sure to always book a couple days off for myself to get a day or two in on this hatch.

Terrestrials become more and more prominent as the summer heats up. Ants, black and cinnamon, and beetles start happening first, and as you move further into August the beloved hopper “hatch” starts to kick into high gear and sticks around until the snow flies.

Hopefully this will have stoked the high country fire within you and given you a few different bugs to think about. We’ve included a couple of our absolute favorite high country rod and reel packages. If you have any questions, or need some help with your fly selection, come visit us at the shop or give us a call!

One of our favourite packages for high country streams and rivers is the Loop Xact 590 paired with a Ross Reels Cimmaron II 4/5. This pacakge is a bang for your buck killer and will satisfy all of your needs from presenting a great dry, to working light nymph rigs and streamers on more challenging days. 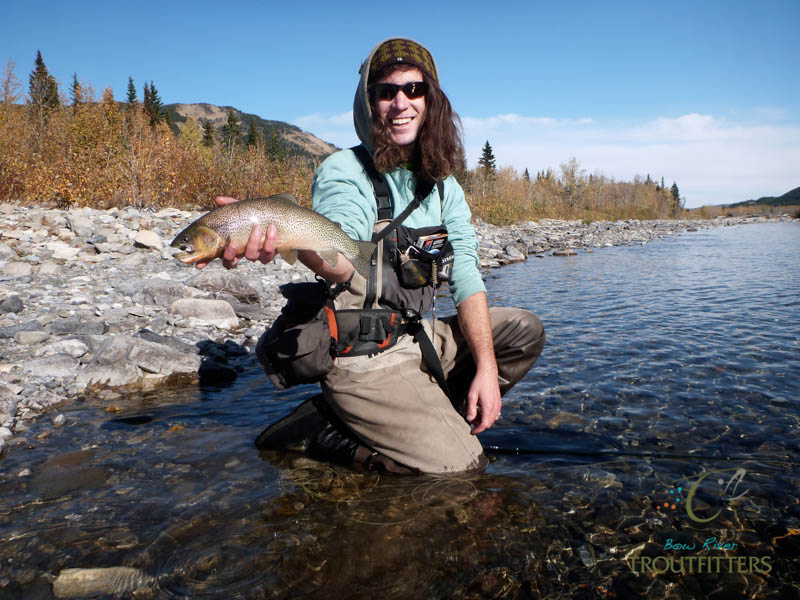