When it comes to hatches, stoneflies are arguably one of the most exciting there is. Few can argue that big flies on the surface aren’t one heck of a lot of fun and beyond mice; stoneflies are the epitome of this when we’re talking about trout. In Southern Alberta, we certainly dream of the early summer golden stonefly hatches, but what of their relatively unsung relative: the skwala? One of the main reasons we love skwalas so much, is because they provide some of the best early season dry fly fishing we get here in Southwest Alberta. 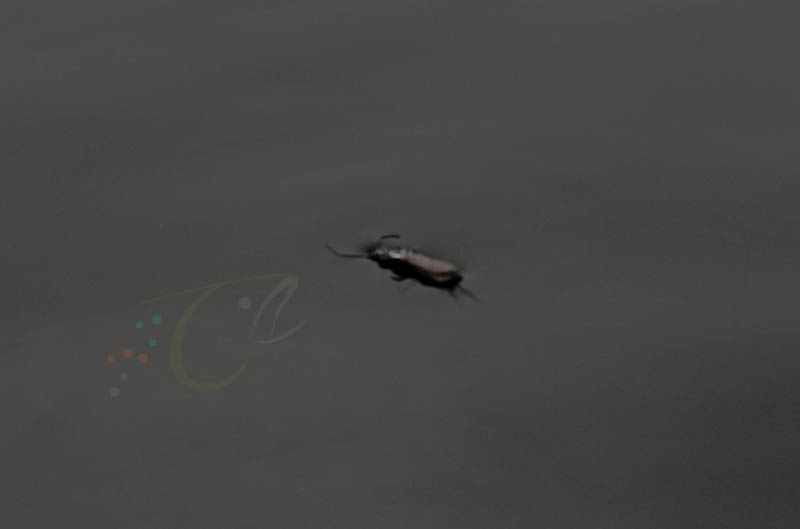 Skwalas are dark brown, olive tinged stoneflies that are found in sizes 8 through 12. Here in Alberta, mature nymphs and adults become more and more prevalent as April progresses and both nymphs and dries will produce well from mid April through early May depending on the weather, altitude and latitude. They are known to inhabit mostly mid and lower elevation rivers; and near Calgary we see them from the Old Man watershed up to the Red Deer River (I’ve even seen skwalas as far north as Grande Cache, in June.) 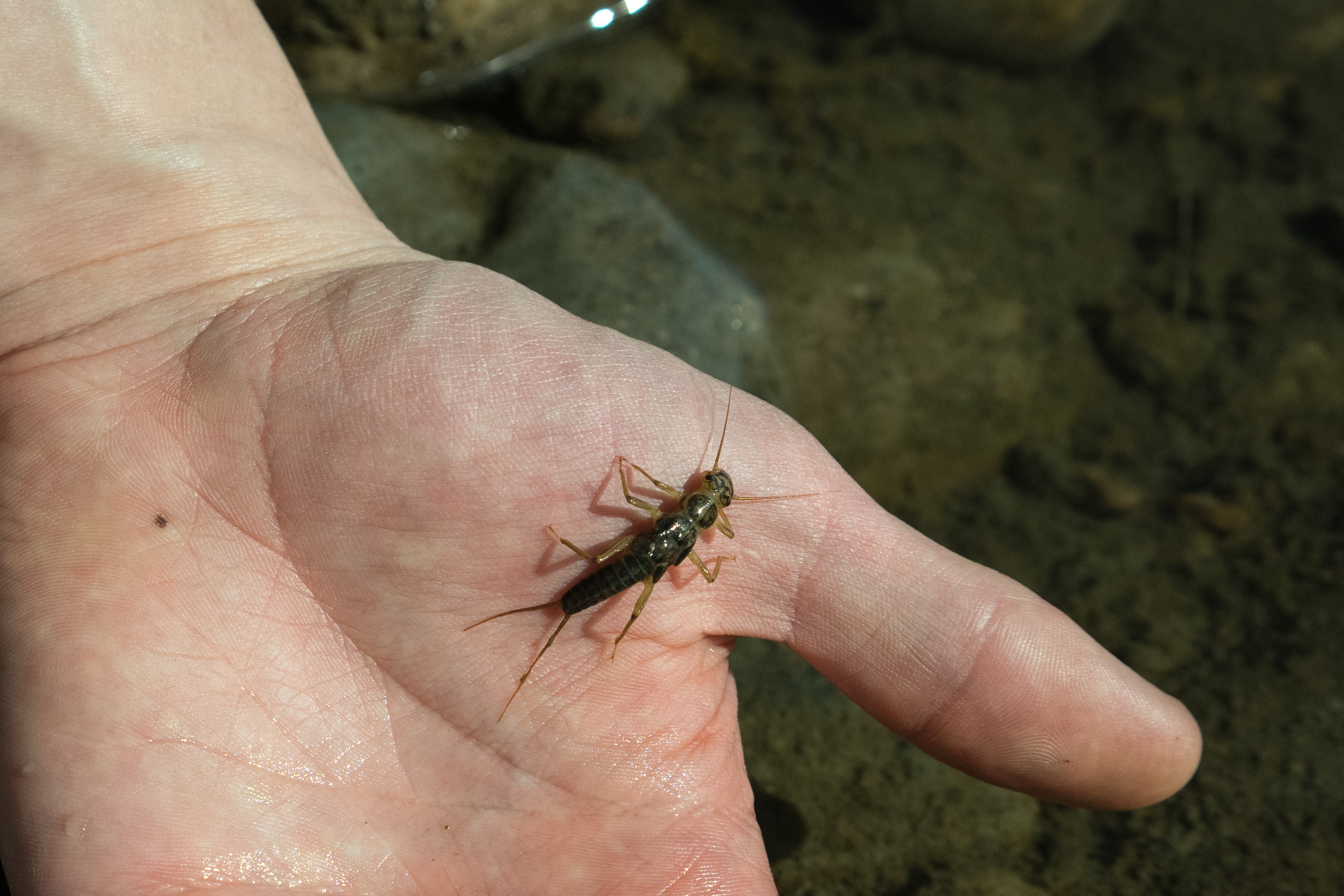 As with most hatches, starting with nymphs in the early part of the hatch, then transitioning to dries later on can be quite successful. Hopper dropper rigs fished with a skwala dry and mature nymph imitation can be a great choice when fish are keyed in on nymphs but not yet focusing heavily on dries. Skwala dry fly fishing occurs mostly once female adults have fertilized eggs and they are ready to be deposited in the river. As with other females stoneflies, skwalas will oviposit by flying over the river and dropping onto its surface. They do this with particular vigor on warm days, so focus on those for dry fly fishing. Skwalas then drift down the stream as they deposit their eggs. As you fish your skwala dry, don’t be afraid to give it a few twitches, but avoid skating it like you would with a golden stone. Skwalas tend to stay fairly still as they oviposit. Fishing these along structure can be successful, but it's also worth fishing slow inside flats below riffles as nymph and adult movement brings trout into these areas, particularly during the thickest parts of the hatch. 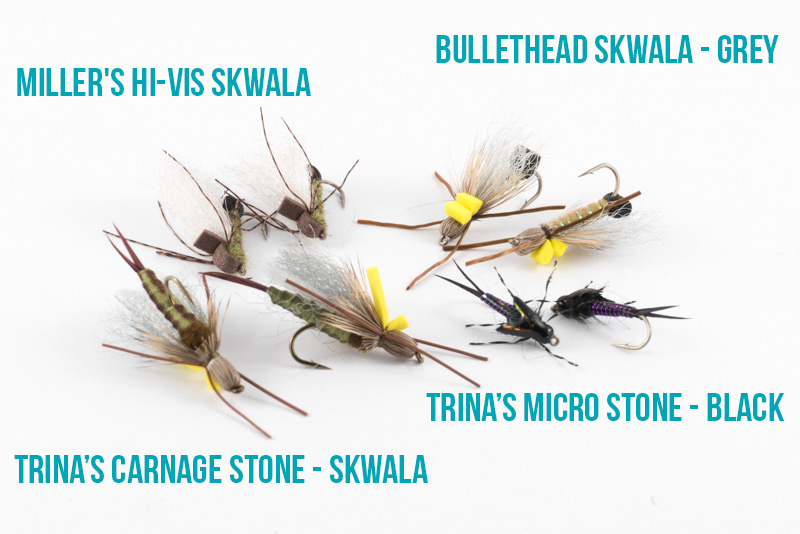 Some of our favourite skwala patterns from the shop

Patterns for skwalas don’t need to be too specific as long as you match the general size shape and colour of the natural, although we do like certain features on the dries. Female skwalas tend to sit quite low in the water as they oviposit, so we like fishing low riding dries when imitating skwalas. Another point to consider is how the fly acts when it hits the water. Try to avoid fishing patterns that make a big splash as the naturals don’t make much of a splash either.

Hopefully this video does some convincing as to why skwala dry fly fishing is awesome: