BWOs are another great early season hatch here in Alberta. Although BWO’s can occur at any time of the year, their hatches are most common in the spring and fall. Blue wing hatches tend to happen at very concentrated times, where in ideal conditions, BWO’s will hatch in great numbers. Because of this concentration of hatches, blue wing patterns don’t necessarily produce fish every day, but they can be very effective when fished during a hatch.

Blue winged olives can be a complex hatch to understand in that ‘BWO’ does not describe insects in simply one species, genera or even family; the species we know as Blue Winged Olives span two families and many genera. This can lead to semi-serious conflict amongst entomology geeks, who might cry foul when you spot a small olive mayfly on the water and erroneously name it a ‘Baetid.’ Although many of the insects we consider BWO’s do fall into the family baetidae, not all do. Slightly confusing, hey? My solution: keep things simple. Rather than determine specific species, genera or family, bring it back to the three most basic components of matching a hatch: size, shape and colour. This is much easier for everyone involved, because unless you’re a professional aquatic entomologist; describing a blue winged olive as ‘#18 with a light olive-brown body’ is much more descriptive than ‘Baetis tricaudatus.’ As far as I know, trout don’t identify insects to specific species, so we probably don’t need to either. Now, beyond classification, what else should one know about fishing a BWO hatch?

Since BWO’s are generally smaller mayflies, they have a fairly short lifecycle compared to larger aquatic insects. The completion of an entire life cycle (from egg to larva, emerger, dun, spinner and egg) may take only four months for BWO’s. Meaning three full lifecycles can occur in a single year and that hatches can happen at almost any time of year. In Alberta, we focus on blue wings during spring and fall, but when the conditions are right a hatch can happen on any day of the year. As with most insects, BWO’s spend the majority of their lives in the larval stage where, depending on species, they spend their lives in the cobble and/or on aquatic vegetation of clean streams with cold water. Once mature, nymphs will emerge by swimming and drifting up through the water column before breaking the surface film and emerging into ‘duns’ on the surface. The ‘dun’ stage is the stereotypical sailboat form of the mayfly lifecycle, where newly emerged adults dead drift along the surface as their wings dry. Once dry, duns fly to cover amongst riparian vegetation and moult into ‘spinners.’ Spinners mate and females subsequently lay eggs sometime in the hours or days following emergence. Female BWO spinners are interesting in that some are known to swim down to structure within streams for oviposition. Providing one more opportunity to be eaten by a trout. 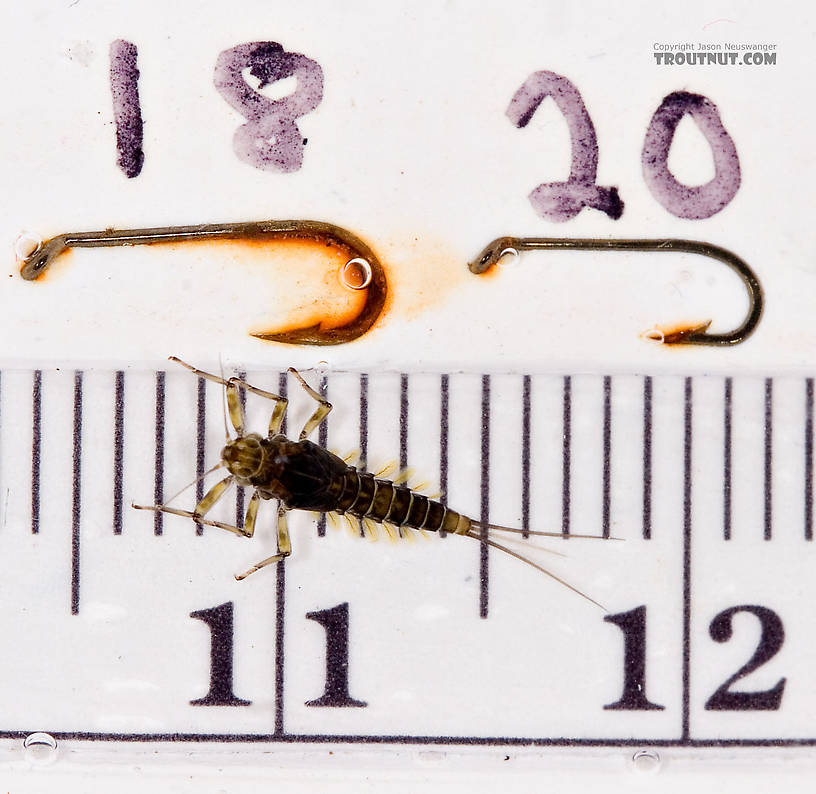 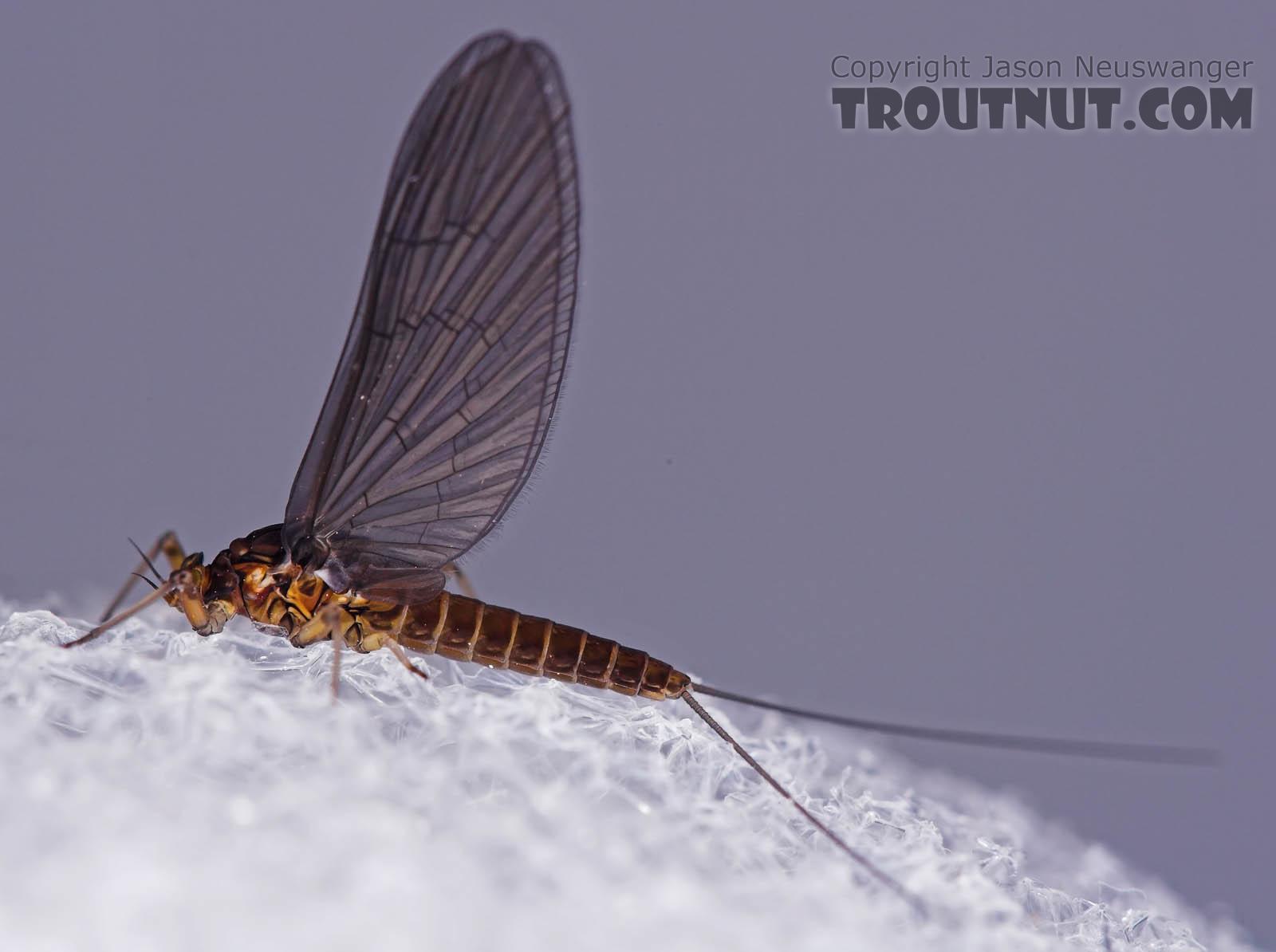 How to fish ‘the hatch:’

Nymphs provide food for trout during the entirety of their lives, and can be imitated by a number of general nymph patterns (i.e. pheasant tails) in small sizes. Because there are many species of BWO’s and they hatch at many times of year, there are nearly always some small BWO nymphs in a stream at any given time. Blue Wings become especially important to anglers when they begin to hatch and trout see large numbers of them in a stream at one time. Nymphs are poor swimmers as they emerge, so they can end up tumbling through the water column for some time as they attempt to make it to the surface. During this stage they are particularly vulnerable to trout and fishing nymphs as well as emergers can be effective. Consider pheasant tails, bubble back emergers, submerged f-flies and soft hackled wets fished in the middle of the water column at this time. As small insects BWO’s can have difficulty breaking the water’s surface tension, so many emerging nymphs become trapped and drowned in the surface ‘film.’ In these instances, you may see trout visibly eating on the surface, yet they will refuse your dun pattern. This is where an f-fly or unweighted nymph fished just below the surface can be deadly. Shallow dry-dropper set-ups with a dun and a cripple pattern (submerged dry emerger patterns are effective droppers) can be effective here as well. Once the mayflies have emerged and are on the surface as ‘duns’ they usually spend time drifting along the surface and are very vulnerable to trout. Here I like to have a parachute pattern as well as a more traditional ‘Catskill’ type pattern with hackles wrapped perpendicular to the hook shank. Fish a parachute pattern in clear glassy water and the Catskill pattern in faster off-colour water, although this rule is certainly not foolproof. Fishing spinners is the next part of the hatch and is an interesting portion of the hatch to consider for anglers. As listed earlier, BWO spinners are known to swim into the river for oviposition. This is another opportunity to swing soft hackled wet flies or dead drift nymphs and even sparse dry fly patterns below the surface. 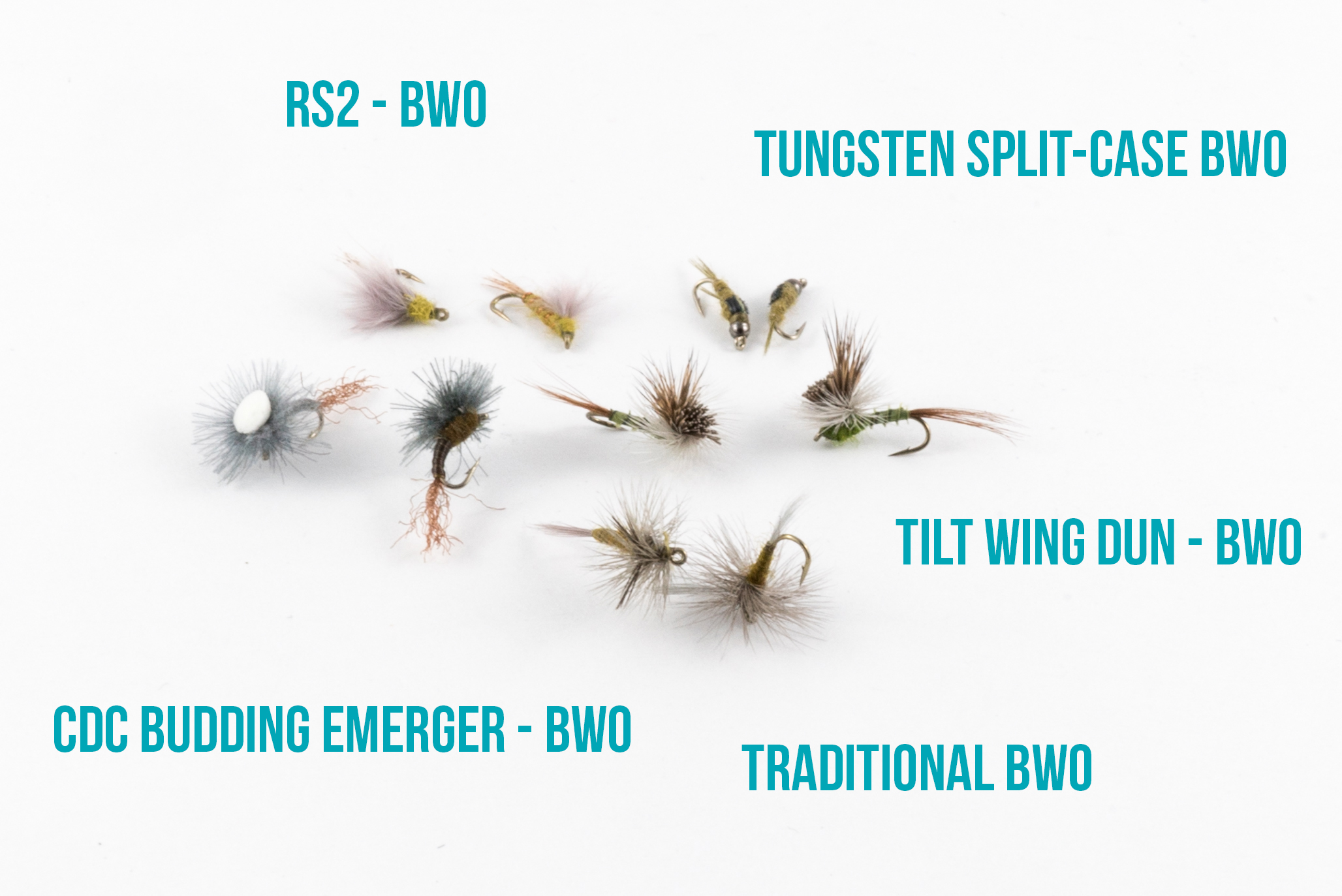 Questions? Come by the shop and ask us about Baetids… haha.