With spring runoff now dwindling, we are starting to see some beautiful water clarity in central Alberta streams. It’s a wonderful time to be out on the river. Fish are ready to increase their caloric intake, and some clearer water combined with Golden Stoneflies, Caddis, and Green/Brown Drakes will allow them to do so over the coming months. Although the Drake hatch does not usually extend as far into the summer as the Golden Stones and Caddis do, it is a hatch that we love to see for the few weeks it is here. 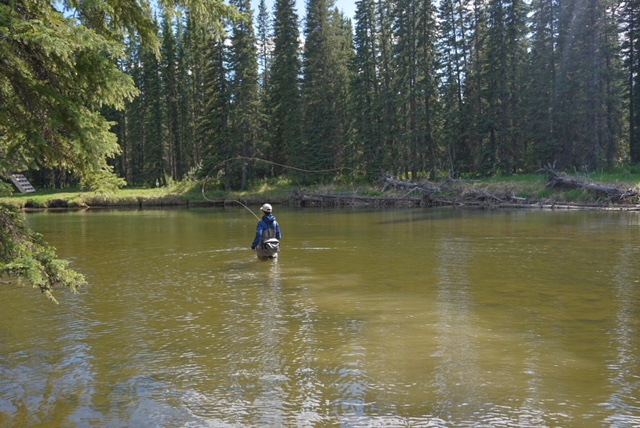 The Bow is starting to clear up, become more stable, and is in the normal flow range for this time of year. As visibility continues to increase, fishing will continue to get better. As of right now, fish are still primarily holding in slow moving water close to the banks due to water that is still a bit high and off colour. Anywhere there is soft water, you will find fish. If you are nymphing, fishing larger flies like girdle bugs under an indicator in softer water can be very effective. If you’re fishing streamers, a small, black leech trailing behind a flashy front fly (such as a sparkle minnow) can work well. 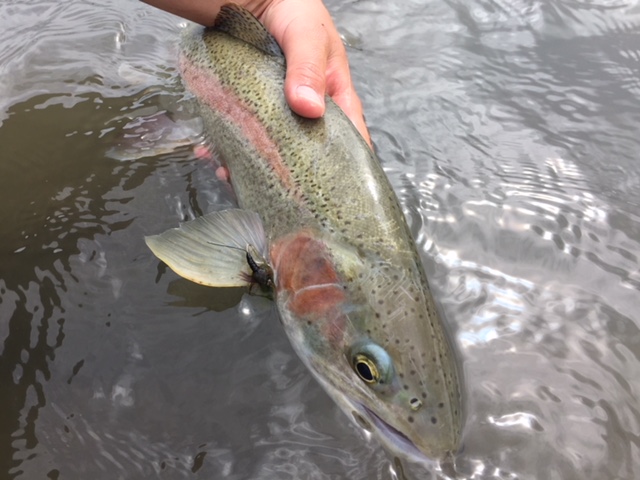 This warrior had a few battle scars from the spring, and decided to display my anchor fly for the photo. (He was not snagged)

Opening day is upon us! Many rivers in this region are shaping us nicely for the beginning of the season. The Crowsnest and Oldman rivers appear to have dropped significantly in the past week. Some areas of the river are still not crossable. Barring any major rainfall, they should be running fairly clear, and will continue to drop during the next few weeks. Runoff happened earlier than usual in most streams this year, which means that flows are already lower than the average for June. Rain throughout the coming months will be crucial to ensure that our fisheries can remain healthy through the hot summer. Make sure to keep an eye on water temperatures and maybe decide to not fish if temperatures become too low/warm later this season. 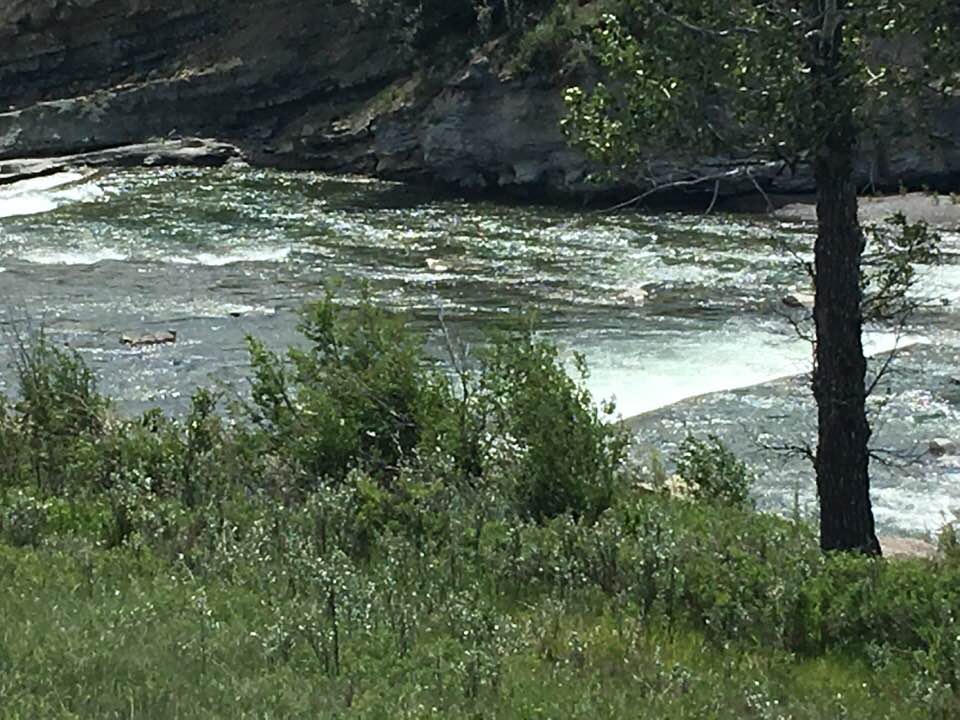 · Dries – Hopefully you will have to opportunity to fish some larger dries, such as March Browns and the fish are still not too line shy. Regarding larger tippet diameters: if it fits through the eye of the hook, fish it.

· Streamers – If you are planning on going and chucking big streamers for bull trout in the next few weeks, make sure to use no lighter than 15 lb tippet. You never know how big those fish can get, and casting heavy flies requires a heavy tippet anyways. If you are worried about fly presentation with heavy tippet, tie a loop knot to your fly. This will allow for free movement of the fly and loop knots (such as the non-slip loop knot) have excellent knot strength.

· Nymphing - Don't be afraid to fish big nymphs this time of year!

· Lots of streams are now ready for wet-wading! (Depending on your tolerance of water temperatures). So enjoy the refreshingly cool water on a scorching day and leave your waders in the truck.

· Keep an eye on flows when planning your trips. Although runoff is nearly over, there will (hopefully) be plenty of rain this month. Make sure to check out https://rivers.alberta.ca/ to help decide where to fish.

· If you don’t want to spring for another pair of wading boots, but the boots you use with your waders don’t fit properly without them, check out the SIMMS Guard Socks. They are a great option and allow you to only pack one pair of boots that fit with both your guard socks and your waders.

If you make it out and feel like sharing a story of photo we always like hearing what you are getting up to.